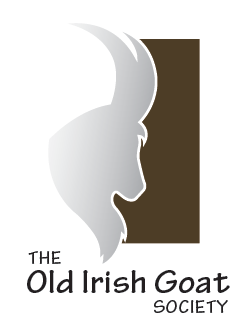 To Protect and Preserve the Old Irish Goat

The Old Irish Goat Society was originally formed on the Burren in Co. Clare in 2006, but despite significant volunteer efforts to save any Old Irish goats in the feral herds in that region, they were not successful.

In 2012, the society was reactivated when Old Irish Goats were found amongst the feral goat herd on  the hill behind Mulranny village.  They immediately went to work to study the goats with the help of Ray Werner, a London based expert on Old Irish goats.  They set up a breeding program, conducted several DNA studies and with the help of the media, made it known that Ireland’s only indigenous goat had been found and was on the brink of extinction.

Ray Werner, one of the foremost experts on Old Irish and English goats. 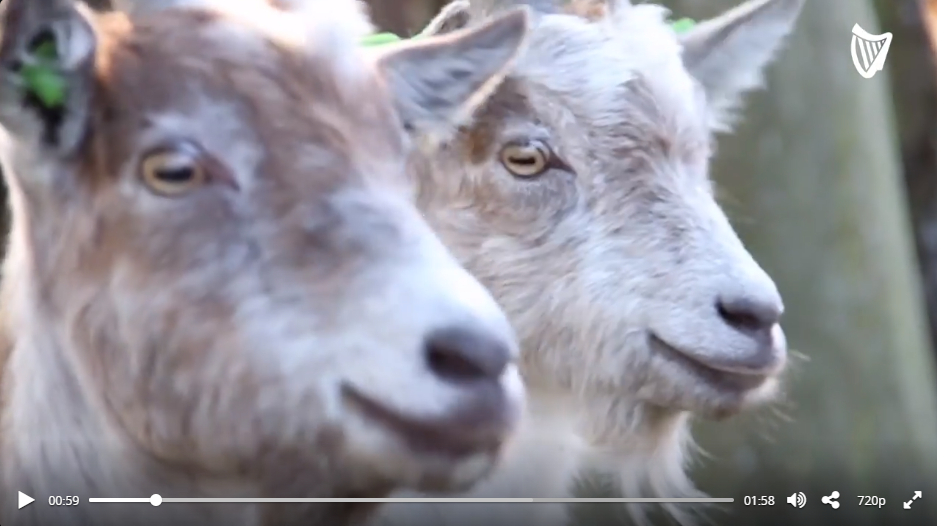 The Old Irish Goat’s return to Howth head was an occasion of great celebration and caused a national media stir on the 8-September 2021. The Mayor of Fingal, Cllr Seána Ó Rodaigh, Mayo Cathaoirleach Michael Smith and members of the Old Irish Goats Society enjoyed the momentous occasion.

In 2014 a few of the goats were taken off the mountain and the National Herd Breeding Program was established. Science was required to prove the goats’s uniqueness through DNA studies.  This was accomplished by first obtaining samples from the oldest examples of taxidermy specimens in museums and private houses and then next from live goats. Finally comparison studies with other goat breeds was done. This work has now been completed and the results clearly show that the Old Irish Goat in Mulranny is indeed a distinct Irish breed.

Efforts to survey the Republic of Ireland and Northern Ireland for any remaining Old Irish type was undertaken but the results were generally not encouraging. Focus on the Mulranny herd has remained central along with work in South Armagh where fine examples of Old Irish type roam the hills in that area.

Although the breeding program is not open to the public (except on special occasions) the Society established a visitors centre in Mulranny where information, exhibits,  a documentary film and gift shop is available.

Planning is underway for an Old Irish Goat Sanctuary in Mulranny. It will be a place where visitors can see this fine animal and learn about the role it has played in Irish heritage and the promise it holds for the future.

The Old Irish Goat, with its origins dating back  to the Céide Fields in county Mayo, Poulnabrone Portal Dolman in the Burren and the Megalithic Chamber Tomb, Bru na Bóinne in county Meath, is an unrealised local, national and international heritage /cultural asset.

With distinctive traits, 12 colour patterns, and an ancient appearance, it has the potential to become a tourism icon of Mayo and Ireland. It can add value to a UNESCO World Heritage Site as a cultural asset, and become an eco-friendly alternative to herbicide based invasive species control.  It can also provide milk and dairy products as well as a meat source from challenging farm land scrub.

The goats are a living history, aptly named:

“Heritage on the Hoof”. 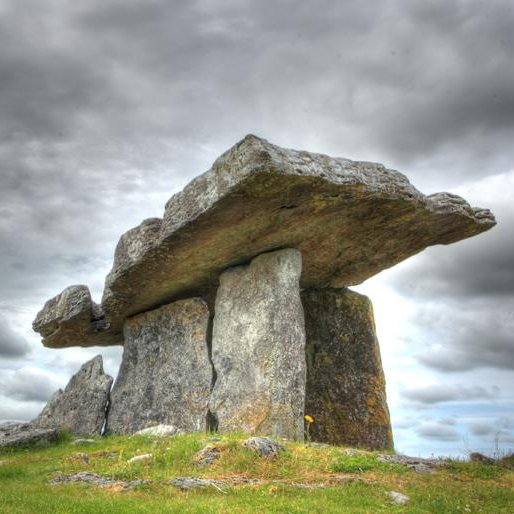 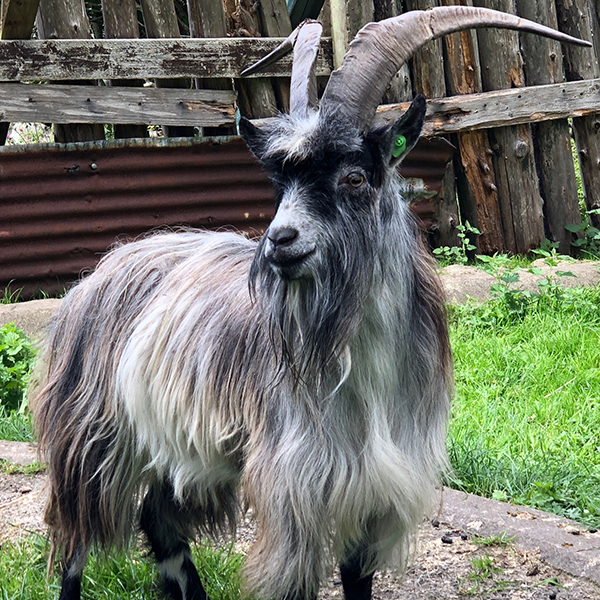 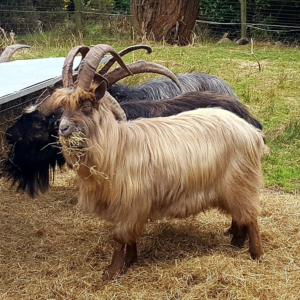 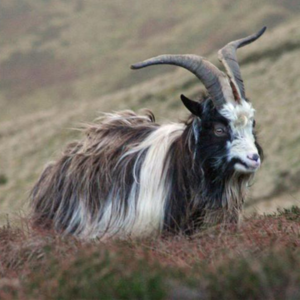 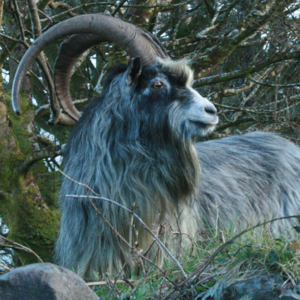 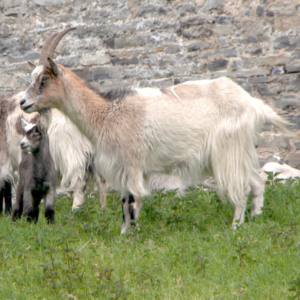 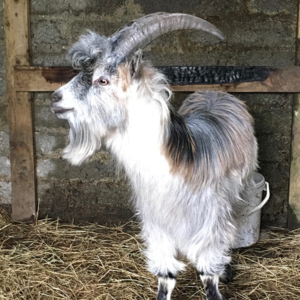 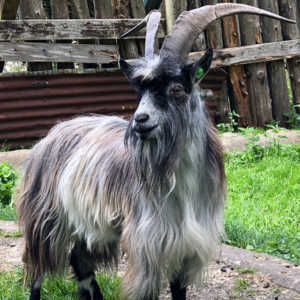 The potential to establish a conservation grazing program using a Heritage Herd of Old Irish Goats is being considered.

Grazing is imperative for the conservation of vast majorities of heathland habitats. Hardy, traditional breeds are being increasingly utilised over machinery. The Old Irish goat has the ability to control the accumulation of gorse, especially after fires and due to their skillful grazing behaviour and efficient digestive systems, adapt to feeding on harsher environments with low nutritive quality heathlands. They effectively offer a more economical and sustainable solution to managing the landscape.